There are all kinds of ways to increase performance. Needless to say, some are better than others.

Certain strategies seem to work but create a wake of misery, while others appear not to work at all.

Some of the most popular approaches to performance enhancement include; restructuring, process improvement, lean, incentives and rewards, consequence management, business transformation, strategic planning, and change management, to name just a few.

There have been quite a few studies on why change efforts fail. I’ve read many of them and you probably have too. Although there is some great analysis done and lessons learned, that have been captured in these studies, for me, the bottom line always points in the same direction. You don’t really get the performance you want if you don’t bring your people along with you.

The key to unlocking performance, no matter which way you look at it, is people.

Obvious, and easy to say. Apparently, not so easy to do. But if we keep getting the same answer to this puzzle, why do we keep trying to jumpstart performance in ways that doesn’t work well, ways that only include people as an afterthought, or worse, as a problem to be solved and a force of resistance to be overcome?

I think it’s because of a misunderstanding of what leadership is, and what leaders do. Many of us still believe that people are predictable and rational, that can be motivated with carrots and sticks, and when they see the light, they will move towards it. But this vision of people doesn’t really fit how people really are. People are often unpredictable, emotional, motivated by hidden forces, and driven by inherent values much more strongly than by exterior drivers.

This doesn’t mean you can’t push people in one direction or another and get temporary performance. Of course we can and we do. Many approaches to change still rely on models of behaviour that relate to people as one element within a complicated, but predictable machine. Push this lever, throw that switch and “hey presto” things will change.

There is so much change going on these days, people get pushed this way and that and then let down unceremoniously. It’s no wonder that people are increasingly more disengaged.

The Gallup survey (2017) on worker engagement showed a staggering 87% of workers worldwide are not engaged at work, findings that reveal a strong relationship to decreased performance on many levels. As a result, we now see many companies getting concerned about engagement but not doing anything substantially different in how they relate to their people.

We believe the key to unlocking performance is simple. It means leaders must confront the messy, unpredictable world of people. Although not easy, the rewards are significant.

First, let’s review the three key elements, then the rewards.

Make Performance Why-Based:  We believe many of the change methodologies that are commonplace these days can often generate short-term, temporary performance improvements. But after a while, people will migrate toward what matters most to them, to their core beliefs and deep purpose. Therefore, the first key to unlocking performance starts with a Higher Purpose (Why). The Why-Based approach addresses change from the inside out and relates to people as the source of solutions rather than a problem to be solved.

Performance = Potential – Interference:  This formula, from Tim Gallwey’s ground-breaking book “The Inner Game of Tennis,” helped spawn the professional role of coaching as we know it in business today. At WhyNot Partnering, we believe people are naturally resourceful and creative, and that most of the time, we get in our own way: this is interference. There are many kinds of interference, those that come from within such as self-doubt and self-criticism. Then, there is what comes from the outside, but destroys performance, such as a demeaning boss or an overly complicated work process that inhibits productivity and learning. Removing interference is one of the best ways to unlock and grow potential.

Truly Human Leadership:  Leadership that connects people with purpose is clear, that there is no lever to pull or button to push that inspires people. People find inspiration when their hearts and souls have been touched, then they move spontaneously. We believe that Truly Human Leaders begin with themselves, getting clear about their own deep beliefs and purpose. Then they work with others to cultivate their shared purpose, shared visions, the pathways for fulfilment. Leaders and followers can change their roles when needed and together learn their way through to solutions.

What we have discovered is there is a way to unlock performance that focuses on people, not as a problem to be solved, but as a partner in co-creating a future we can all get behind. Because this matters. There are some real advantages to going this way. People will be more engaged, and according to Gallup, there are all kinds of benefits for the business. These include increases in productivity and morale, decreases in absenteeism, and improved safety and quality. Measurable gains in performance!

We think that’s great, and it’s a good enough reason by itself to focus on people. But even more important for us is the side effect that people get an opportunity to do meaningful work, to feel inspired, and to reach out for fulfilment. We believe that doing it for that reason alone is worthwhile.

It may turn out that focusing on people is both the smart thing and the right thing to do. That is why we believe Why-Based is the future of business. 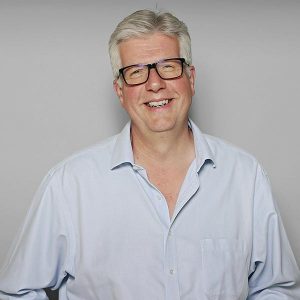 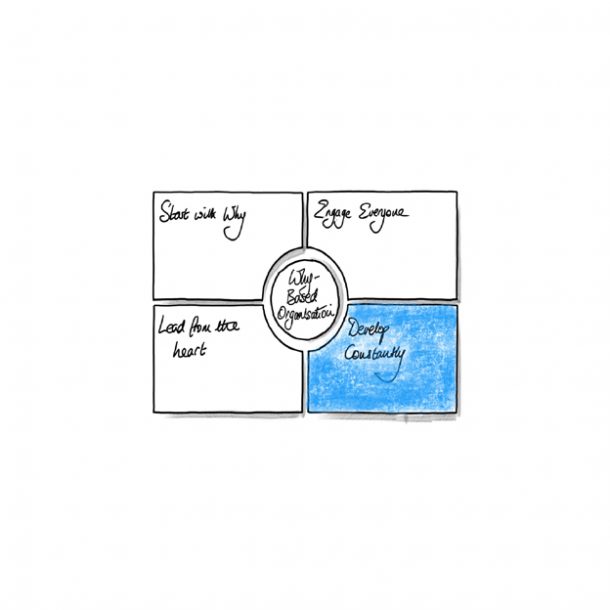 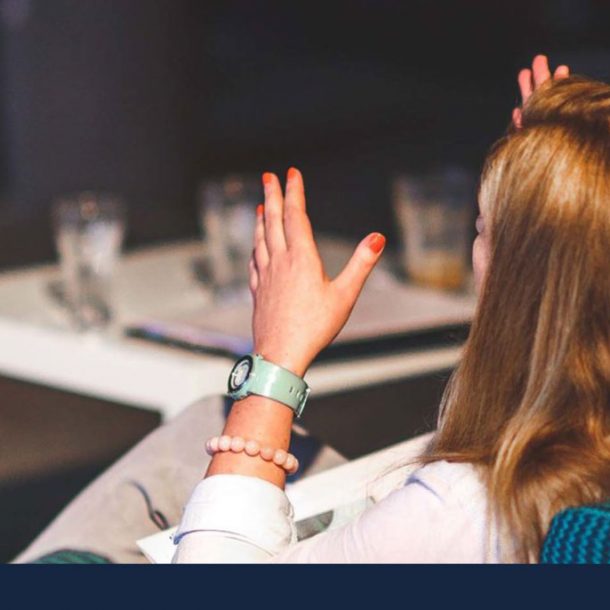 The Goosebumps Test
Next Article