In our previous posts, we’ve discussed some of the current dilemmas in safety and how the Why-Based Approach can help move us beyond them.

In this post, we ask, “How important should safety be?” Should it be the No. 1 priority as stated in many company websites, on billboards, and pasted on the backend of delivery vehicles? Should it be the reason we come to work each day, to ensure that everybody goes home safe? Should it be the top thing we talk about, pay attention to, and spend our money on?

Some say yes. Some say, maybe not.

Safety is important, that is for sure, and our lives depend on ensuring it is important enough. But over the past couple of decades, we may have let safety get out of balance. The way we think about safety and the way we manage safety can be, at times, counterproductive.

For one thing, no matter what management says about safety, employees know that the No. 1 priority is to ensure the success of the business. Even if at times, the focus on safety becomes the central focus, everyone understands over time, attention will shift back to production, the primary engine of performance.

We have seen many examples where this disconnect hurts the business and, at the same time, reduces safety. This can happen when those responsible for production believe that safety is the sole responsibility of the safety manager and others with safety-focused titles. This division of labour between safety-focused individuals and those focused primarily on production can lead to serious breakdowns that impact both.

Recently, while supporting a mid-size construction project at a refinery, I witnessed how deeply this disconnect over the place of safety can impact a project. When I arrived on the site, the project was in serious trouble; the owner and construction manager were in a war with each other, and the sub-contractors and refinery management were caught in the cross fire.

When I interviewed people, I heard statements like, “those people are trying to kill our company” and “these guys are so cold-blooded. They would rather let people die than follow the safety rules.” Progress on the project had nearly stopped, and it was about to have legal ramifications.
The dispute had crystallised around two basic camps. One camp, mainly led by a safety “guru,” felt they were on the moral high ground and believed safety standards needed to be “world class.” The people in this camp were passionate, zealous, and righteous. They were diligent in their mission to locate every instance of non-compliance, misconduct, and disintegrity to ensure it was reported in public, along with threats of punishment. Burnout among this group was very high.

The other camp was led by the most experienced site construction manager, who was savvy and smart, but not a people person. He was well known as someone who had deep experience and could get the job done. This camp also had a few safety people in it, but mainly consisted of other production supervisors and management. The people in this group were pragmatic, focused, and manipulative, using threats and harassment to keep the other faction under control. The safety group had the power to stop work, and a move triggered a chain of events that brought the project nearly to a halt. As the safety team began to use their power to stop work more frequently, the construction team began its counterattack by removing safety people from the project (firing them and hiring new ones) or by failing to report on incidents. These moves caused the safety team to elevate more violations to the project manager who began to believe that a major incident was about to occur and he was about to shut the project down. With good reasons.

The normal reaction when looking at this situation and the polarity that emerged is to take a side, agreeing with one of these factions with their convincing points of view. This is precisely what most people on the project were doing, which fuelled the flames and started a lot of water cooler talk about getting off the project before something really bad happened.

Rather than seeing one side as right and the other as wrong, we used a different approach. We assumed they were both right, at least partially so, and both wrong, also partially. We facilitated a dialogue between the groups that led to alignment on ways to manage the project both productively and safety. We had them talk candidly about the real purpose of the project, and the expectations they brought with them when they arrived. The hard work is in the details, and each group had to give up some of their beliefs (especially about each other) and do more to contribute to each others’ successes.

The belief that the safety team had to give up was that “safety is the only thing” and that “perfect safety performance” was the goal. This did not mean, however, they gave up their commitment to ensuring people don’t get hurt on the project. They also had to give up their belief that the construction managers “didn’t care about people or about safety.” This belief in particular was driving an adversarial climate that resulted in poor communication and all kinds of toxic behaviour from both sides.

The belief the construction team had to give up was that the HSE team was responsible for safety, that they were the “eyes and ears of safety” on the project. They also had to let go of their story that the safety team wanted to put them out of business, to “kill them.” Instead of retreating into their trailers, they needed to become more proactive, to make more requests for help, and show up on the site as committed to both production and safety as partners.

It took several months to get to this place, and as a result of working together better, the project began to get traction again, and safety performance improved dramatically. 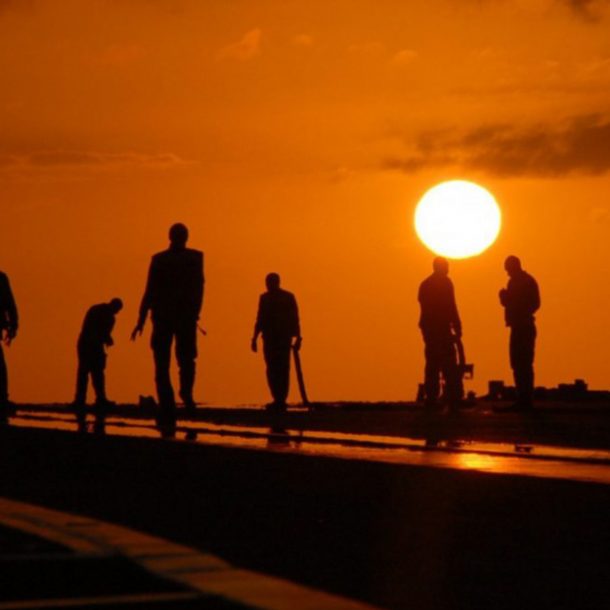 Why-Based Safety: 4 Steps to Get Started
Next Article